The Bathtub Races at Crown Point Shores pictured here were part of the activities during San Diego’s America’s Finest City Week, Aug. 24 – 31, 1973. Participants built small watercraft designed around bathtubs or close materials. The rules restricted the engine to 8 horsepower and the weight to a minimum of 350 pounds including the driver.

According Sandiego.gov, the annual Finest City Week began in 1972. Republican Party officials had selected the city for their national convention despite city leaders not putting in a bid to be the host city. Sandiego.gov said when the Republican Party decided to move their national convention from San Diego to Miami at the last minute, Mayor Pete Wilson proposed a week of activities for San Diegans to show the pride they felt for their city. 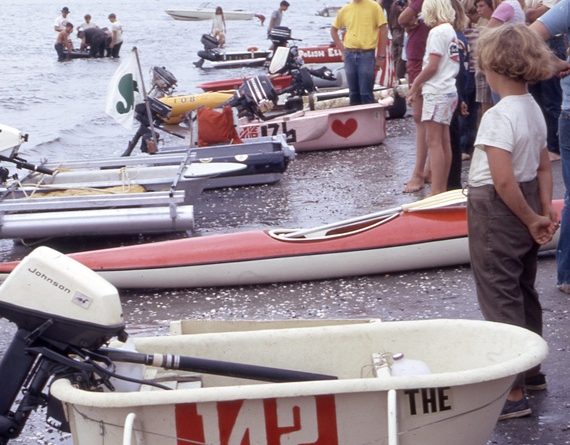 City of San Diego, Office of the City Clerk photo