‘Stars & Stripes,’ which raced in the 1992 America’s Cup race, was out on a sailing tour on San Diego Bay on July 15 when an abnormally large gust of wind snapped the 112-foot mast.

SAN DIEGO—Former America’s Cup racing yacht Stars & Stripes USA 11 has been out of commission after a gust of wind during a sailing tour on July 15 snapped the mast in two spots. No one was injured during the incident.

Stars & Stripes has taken people out on public and private sailing tours nearly 3,000 times over the past 15 years. Stars & Stripes Captain and Co-Owner Lynn Hanna said this is the first time something like this has happened. 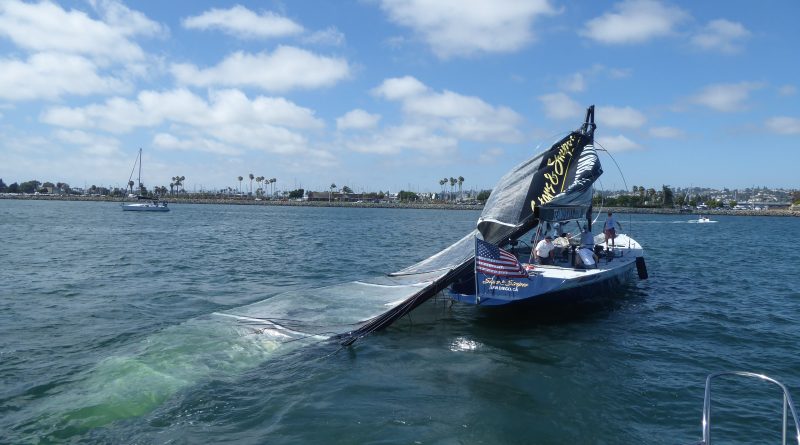